IUI involves placing washed sperm into the uterus with a small catheter through the cervix, to introduce a quantity of semen into the female partner’s uterus and thereby encourage fertilization. This can be done when the female is ovulating normally and tubes are unobstructed. . The goal of IUI is to increase the number of sperm that reach the fallopian tubes and subsequently increase the chance of fertilization.

IUI procedure is recommended in the following instances:

Variations in the procedure include taking medications to produce multiple follicles and the release of more than one egg in order to achieve fertilization. Fertility hormones can produce several eggs. Monitoring is important during this drug-treatment phase to ensure that any side effects of treatment and/or the risk of multiple pregnancies are avoided.

IUI relies on the natural ability of sperm to fertilize an egg within the reproductive tract. It is therefore important that tests for male infertility indicate reasonable sperm functions. However, IUI is also a useful treatment in those cases where the male partner produces an “immune” reaction to his own sperms.

This defect – known as “anti-sperm antibodies” – usually means that sperms will not penetrate the cervical mucus of the female partner, and would thus not reach the egg. The technique of IUI allows prepared sperms to pass beyond the cervix into the uterus, and thus may overcome some of the problems of anti-sperm antibody defects.

The success rate of IUI is between 10% and 15% per cycle, but can reach 50% after several attempts in one year. Often three to four cycles are tried before recommending other treatment methods. 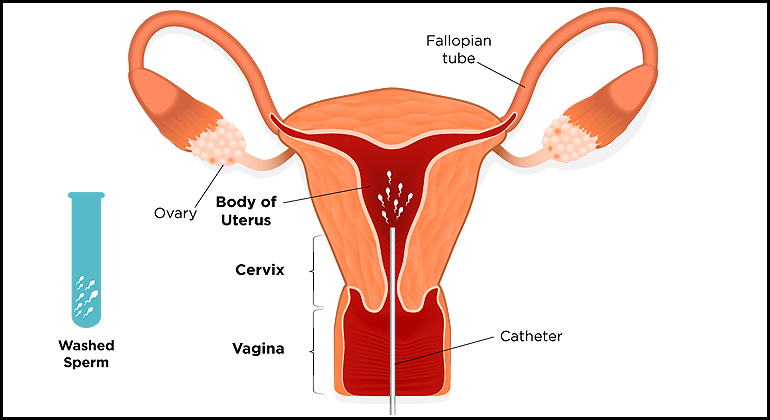